Are tired of hearing the news say the same thing over and over but never really explain what the heck is going on? Let Viva Frei shed some light.

It might be that the media won’t report the truth, but the truth is available to all. Viva Frei, Rob Barnes, Nate Broady, and Uncivil Law give their expert legal perspective on the facts of the Breonna Taylor Case.

If you haven’t followed the news closely then you might very well have no idea about the facts of the greatest scandal in American history. That’s no exaggeration. And it’s hiding in plain sight. There is so much news about this, but you will never find it on 90% of news networks. NBC, ABC, MSNBC, CBS, CNN are all devoted to unyielding censorship. Yet the facts are all there. One of the best syntheses of this case is in this documentary. If you are unfamiliar with the case then I highly recommend this documentary. There are tons of articles that you could read, but if you have Amazon Prime then I encourage you to watch this video.

Because of the Democratic Party, unprecedented corruption has infected our intelligence agencies such as the CIA and FBI. It’s worse than you think. This isn’t hype.

This was before the recent scandal about Hunter Biden’s hard drive. A few things stand out. It’s totally consistent with what has been said all along. And what most stands out is the media’s protection of the Biden family by not even acknowledging the story. The major networks just tell their folks, “Nothing to see here. Move Along!” 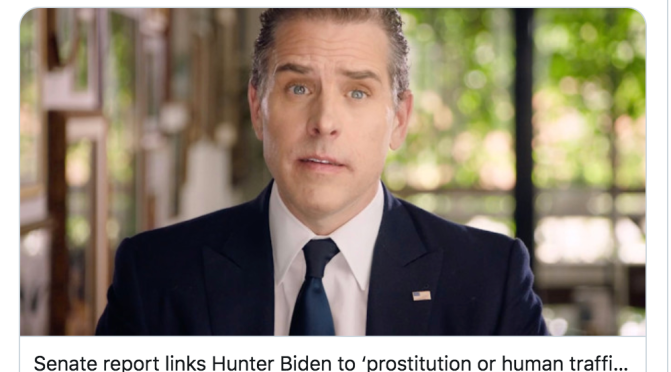 In a recent podcast entitled Math and Science Are Racist, I discussed the 1619 Project tragedy, scandal, and controversy.

Since POTUS issued a demand that all critical race theory influenced government trainings be banned and threatened to defund schools that teach the 1619 Project, the New York Times and Nicole Hannah Jones have been scrambling to legitimize their project. They now claim that they never said all those controversial things. They have literally edited the project and now expect everyone to ignore the digital history. But this is what you get when people don’t believe in objectivity. They can lie to your face because there is no truth. Well, there is truth but it’s the truth that they make up as they go along.

So, I have a special slideshow of present claims contrasted with past statements. I also included a ton of tweets with the sources as well as an article by Quillette exposing the New York Times fraudulent behavior.

Recently I published a podcast called Ibram Kendi’s Antiracist Binary in which I talked about his binary claim that people are either antiracist or racist, there is no such thing as “not racist.” He conflates “not racist” with neutrality in situations of injustice with not being an activist. His argument is that you must be an activist and, of course, vote for “antiracist policies.” But interestingly he doesn’t acknowledge that there just might be people who would not become a radical activist for the left and yet they are not racist and yet if there were a situation of racism unfolding before there eyes they would speak out. I have to qualify that, though because Kendi would say that there is always racism unfolding before you which is why you must always be activist antiracist. But what I’m talking about is an instance where there is a situation where someone is overtly, unquestionably discriminating against another person based on the color of their skin.

Nevertheless, Kendi constantly contends that you have to be “antiracist” but he gets to define what that means. I once heard that God created man in his image, so man decided to return the favor. Kendi has taken it upon himself to form humanity in his own image. He repeats his antiracist maxim quite regularly as he did once again this morning:

It’s amazing because his book is a nationwide best seller. It’s being read by major businesses, school faculties, human resources departments. It’s truly re-education literature, and I’m dumbfounded by how many repeaters have emerged. Just like with Robin Diangelo’s “White Fragility” so many people are repeated and preaching this message as gospel.

Here is a perfect example of a TEACHER in a PUBLIC SCHOOL in California training her faculty. You should click on her video and watch it. Skip to 4:30 if you don’t have time and just listen for about a minute. This is no joke.

Here is a post from the same teacher documenting her brainwashing tactics:

This blows me away because I’ve read all of the Kendi, Diangelo, Nicole Hannah Jones propaganda and I’m struck by how they claim that we as a nation have denied and covered up our past with slavery and racism. This is a lie. This country has had some serious reckoning moments, and when I was in elementary school in the 80’s I learned about slavery and racism and civil rights, etc. Same in middle school and high school. I went to an inner city school in Houston and I don’t think we were learning anything exceptional. This claim they’re making is propaganda. Maybe the schools stopped teaching history for the past decade – I don’t know. But if that were the case whose fault is that? Why would that have happened when only liberal policies have been driving education for the past couple of decades? Why on the left’s watch ? Or was it because so much time was spent on standardized testing that we didn’t have time to teach anymore? I don’t know. But that’s really beside the point because those of us in our forties and beyond, probably even thirties, should know better. We know that America’s racial history was no secret. But the kids in K-12 don’t know that!!! And then when leftists come in and tell them that they are hearing this for the first time and past generations (you know, those dumb parents of yours) never learned about it because they just couldn’t handle the truth.

But the young students are told, “It’s just too uncomfortable for white people to talk about.” “You are special and important and we can entrust these revelations to you. Aren’t you outraged that our society has suppressed the truth for so long?” They are told, “we must do something about it. You must be an antiracist! Go forth and be activists.” So they go forth with the mission to tell the rest of America how racist and bigoted she is.

A picture is worth a thousand words:

While the leftists are building an army of brainwashed activists who believe that their parents are stupid and racist, they accuse any attempt to resist their agenda as fascism. 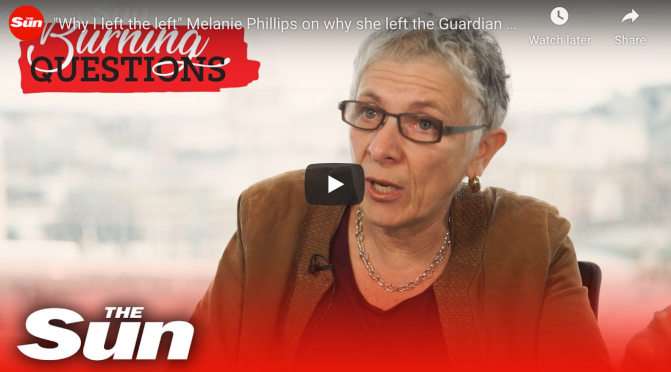 “What? You’re telling me that if someone is unfortunate enough not to be born into the developing world they’re not entitled to the same standard of life and liberty that we are? To me that’s racism.”

This interview took me by surprise. This lady is brilliant and prescient. In the first 20 or so minutes she sums up several of my podcasts on postmodernism and critical theory so well and with such clarity that I felt like my explanations were preschool in comparison.

Former Guardian writer Melanie Phillips describes her journey from “fantasy to reality” on why she left the political left. Phillips is interviewed by The Sun’s Steven Edginton for the weekly series of ‘Burning Questions’. Phillips describes her experiences as a British jew, dealing with antisemitism and where the problems of the left come from.